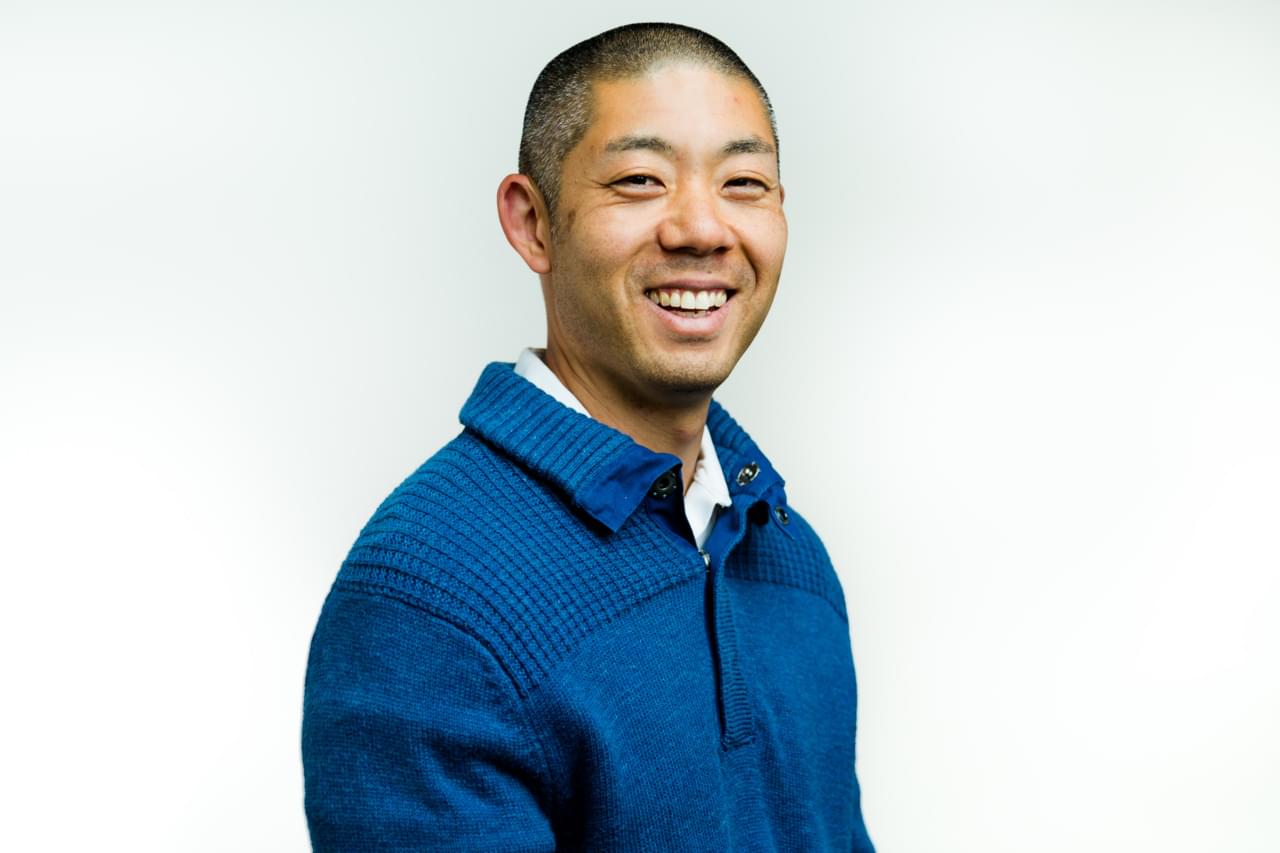 Scott Asai has been developing leaders for 20+ years through speaking, training and coaching. As the owner of Leadership Muscle he hosts a monthly speaker series with General Assembly and an online university. Scott’s background includes: a B.A. in Psychology, M.A. in Organizational Leadership, Certified Professional Coach & Certified Strengths Coach. His latest book, The Startup Church: Reaching Millennials Where Faith Meets Business, is available on Amazon. In his free time he enjoys spending time with his family, working out and going to Disneyland on a weekly basis. 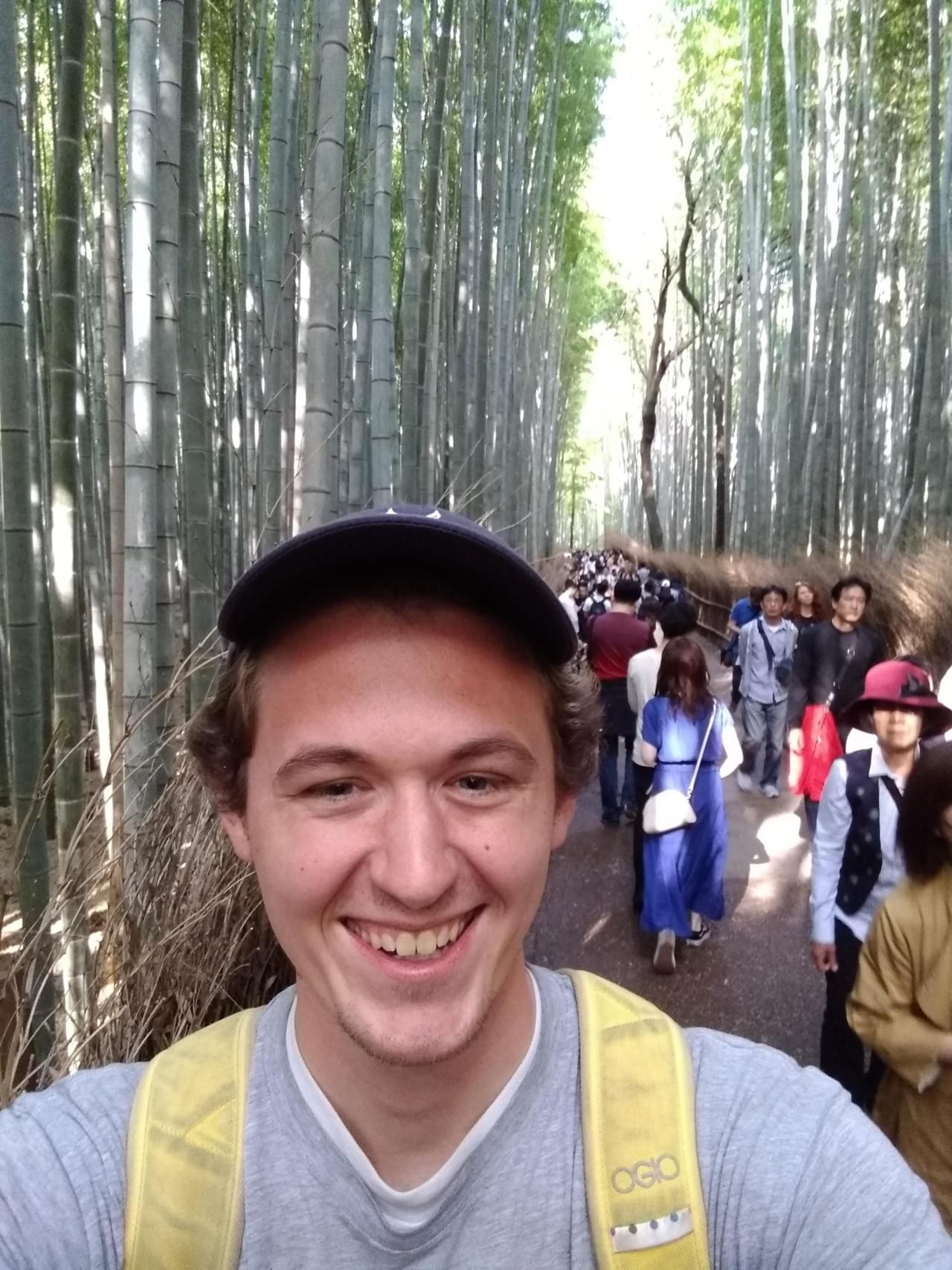 Growing up in the shadows of the Smoky Mountains in East Tennessee, Eston quickly became interested in the environment and how humans interact with their surroundings. His curiosity has taken him to the Teton Mountains where he taught children how to appreciate the outdoors and find meaningful connections through the Teton Science School. To New Mexico where he
focused on the impact of humans in the desert and how to lessen the burden and Beaver, Utah where he taught teenagers how to survive off the the natural supplies provided by the Earth. Currently, his research is focused on ecotourism on Oahu and the impacts the industry has on
the conservation focused island. 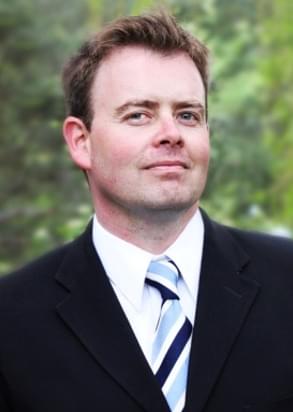 Dr. Jason Scott Earl is the Director for the Willes Center for International Entrepreneurship at Brigham Young University Hawaii. As an Associate Professor of business management he teaches classes in strategic management, venture creation, and entrepreneurial management – areas of expertise developed during his career. He has conducted strategy and finance training for MBA students at Harvard Business School (HBS) as well as Senior Executives at General Electric (GE), ABB, Insperity, Accudyne, Marvell, and Illumina.
Jason graduated from Brigham Young University with B.Sc. and M.Sc. degrees in Civil and Structural Engineering and was hired by Exxon Mobil in New Orleans as a structural engineer. He completed his MBA in corporate finance at Tulane University. After graduating from Tulane University, he moved to Southern California where he accepted a management position with World Minerals Inc. as Director of Strategic Planning & Finance. During five years with World Minerals, he was heavily involved in the valuation and acquisition of eleven (11) companies.
Jason then went on to become President of StarStone, LLC - a leading material science technology company based in Santa Barbara, California. The parent company was acquired by a private equity firm (Pacific Capital Group) in 2007 under the name iCrete, LLC. Since that time, he has completed his Ph.D. and taught at BYU Hawaii where he has worked with international students from over 70 countries around the world. Jason is happily married to the former Natalie Kunz and they are in the midst of raising 5 boys and one little girl. 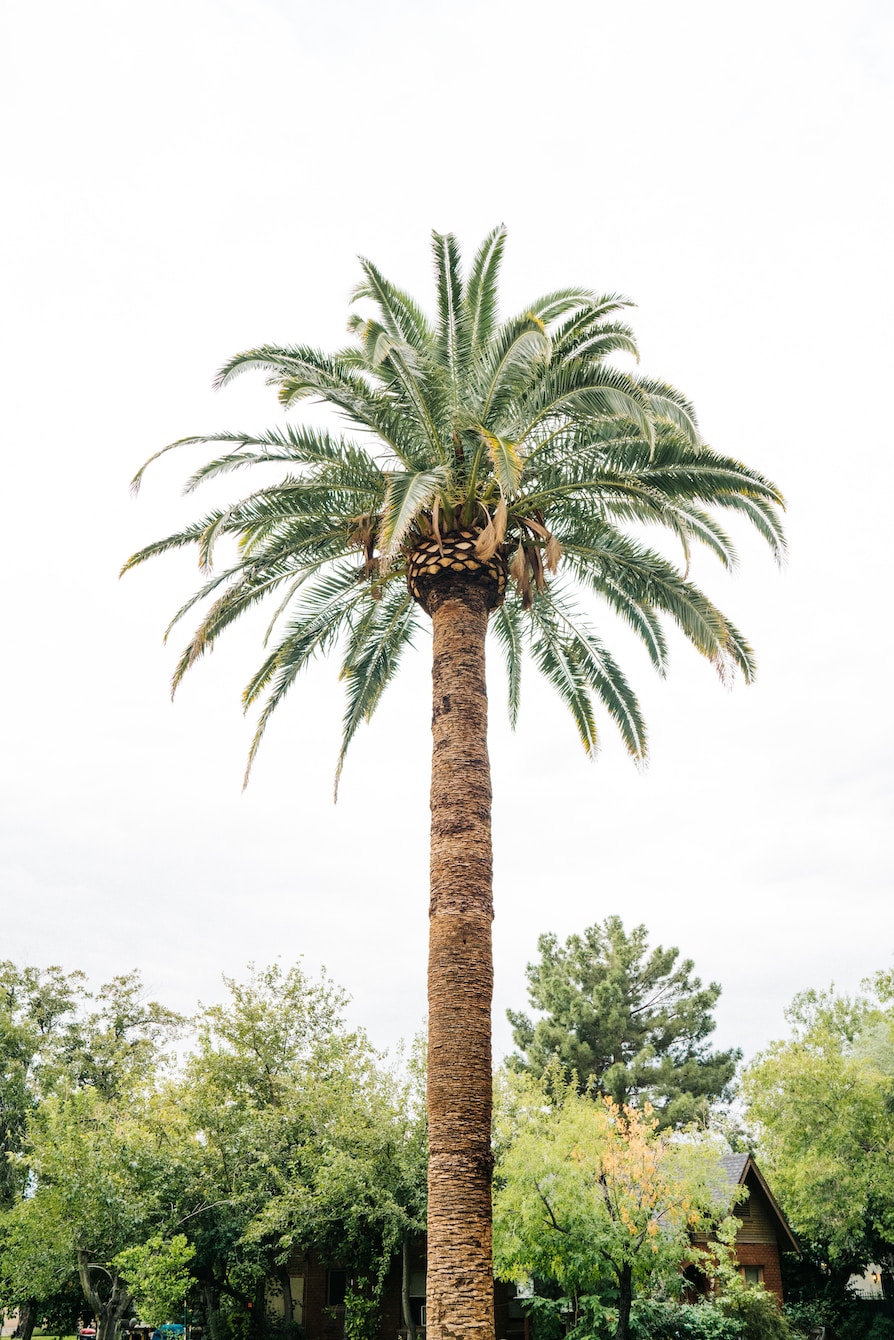 From PBS: He is the Director of the Pacific Business Center Program at the University of Hawaii at Manoa. A twist of fate brought him from American Samoa to a Kansas teachers college. Dr. Tusi, as he’s known on campus at UH Manoa, went on to earn degrees in education and social science. At the Pacific Business Center, Dr. Tusi helps organizations bridge traditional Pacific Islander values and western thought. 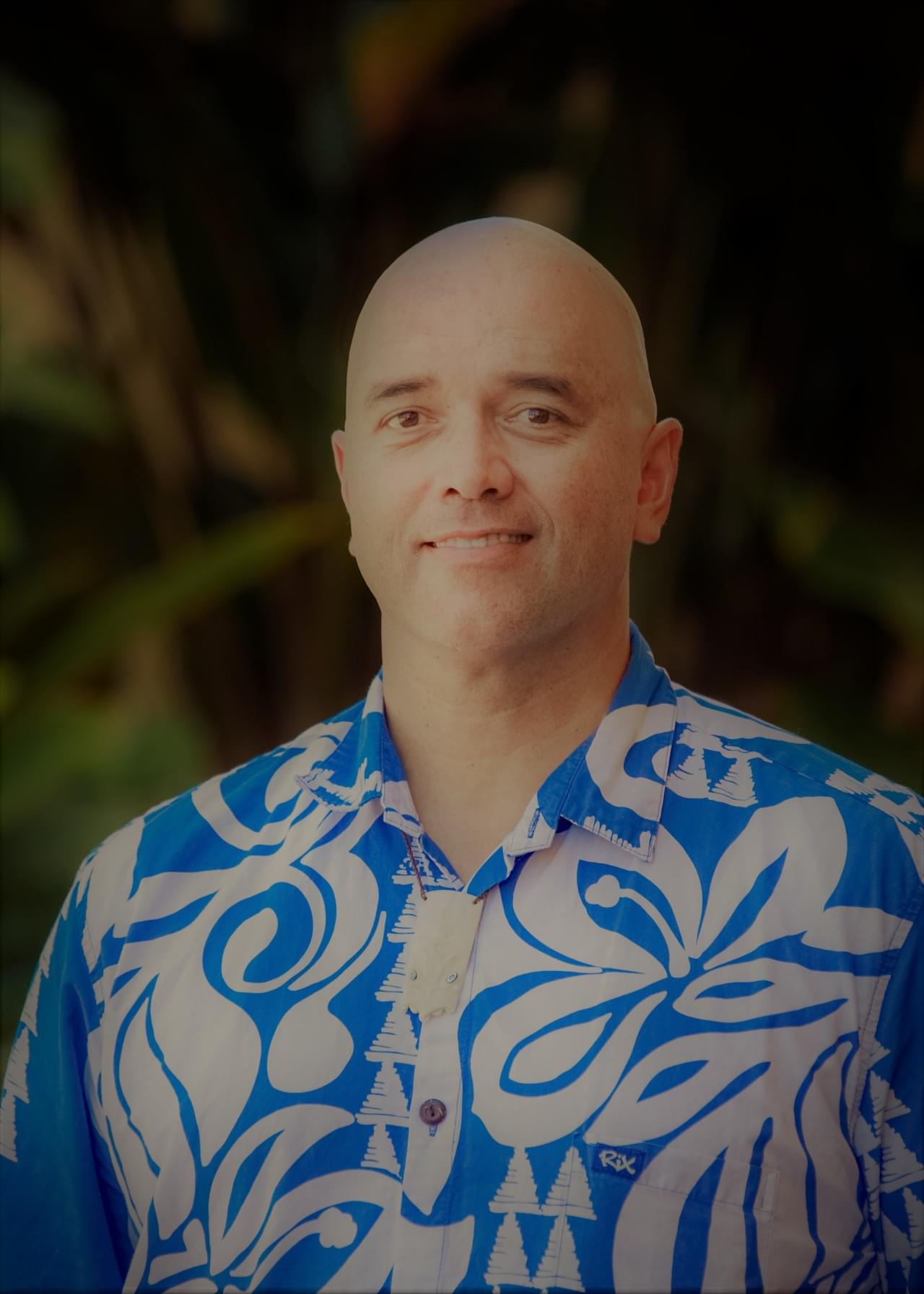 Mr. Fitzgerald is in charge of talent management at the Polynesian Cultural Center, but he is also an expert on how mountains are sacred to different cultures. 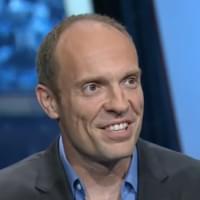 Chad Ford has been living five lives simultaneously for nearly 15 years. He’s been:
An international conflict mediator.
A college professor.
A senior consultant and facilitator for the Arbinger Institute.
An executive board member for PeacePlayers.
A writer, analyst and entrepreneur covering the NBA and NBA Draft for ESPN.
While most people know him for his work at ESPN, being a basketball analyst and writer was actually his side-gig for most of the last two decades.
Chad’s peacebuilding work is what defines him.
After completing a Master’s degree in Conflict Analysis and Resolution from George Mason University and a Juris Doctorate from Georgetown University Law School in 2000, Chad was poised to begin his career as a conflict mediator and facilitator.
However, Chad sold a small internet start-up, Sportstalk.com, that he co-founded while in graduate school to ESPN right after he graduated and spent the next four years working full-time with ESPN as a senior editor and writer covering the NBA and NBA Draft. The experience of covering NBA games was a lifelong dream, but Chad yearned to do something more impactful with his conflict resolution skills. In 2005 he left his full-time work with ESPN to become the Director of the David O. McKay Center for Intercultural Understanding at BYU-Hawaii.
In Hawaii, Chad created a major and certificate program in intercultural peacebuilding, mediation and facilitation. Chad and his wife Amanda, who teaches courses in family conflict transformation and mindfulness, have worked with thousands of students from over 90 countries in the world. Chad’s work has earned him Professor of the Year honors at BYU-Hawaii and made Intercultural Peacebuilding one of the most popular programs on campus.
Chad’s work has frequently taken him out of the classroom and into conflict zones around the world. He’s made nearly 50 trips to the Middle East and has worked on numerous other conflicts around the world as both a mediator and a facilitator.
Chad has served as a senior consultant, speaker and facilitator for the Arbinger Institute since 2006 — working with governments, NGOs and corporations like Nike and the US Olympic team. He’s also helped Arbinger develop trainings and curriculum on conflict resolution as well as a training guide on reconciliation based on the documentary Beyond Right and Wrong.
He’s been able to combine his expertise on both sports and conflict by serving as an executive board member of the non-profit peacebuilding organization PeacePlayers. His work has included designing the peacebuilding curriculum used by PeacePlayers in the Middle East, training thousands of coaches, staff and participants in workshops and most recently, guiding PeacePlayers through the process of creating the Friendship Games and PeacePlayers Leadership Academy that will bring together participants from conflict areas around the world.

Natalie is a fantastic photographer, podcaster of Letsshowup.com, and activist.

Richie Norton is the bestselling author of The Power of Starting Something Stupid as well as the #1 Amazon download Résumés Are Dead and What to Do About It. He is an international speaker and consultant for the corporate growth and personal development industries, a social entrepreneur, and CEO and Founder of Global Consulting Circle. Richie has been featured in Forbes, Businessweek, Young Entrepreneur, Huffington Post and other national publications both in print and online. The 2013 San Francisco Book Festival named The Power of Starting Something Stupid the winner of the business category and the grand prize winner of all book categories in its annual competition. In 2010, Pacific Business News recognized Richie as one of the Top Forty Under 40 “best and brightest young businessmen” in Hawaii

Experienced Chief Executive Officer with a demonstrated history of working in the professional training & coaching industry. 20 under 40 in Montana. Graduated from BYU-Hawaii. (LinkedIn)

Isaiah Walker was born and raised in Hilo. After graduating with a Bachelors in History from BYU Hawaiʻi in 1997 and earning a Master's degree from the University of Hawaiʻi at Mānoa, Isaiah completed a PhD. from the UC- Santa Barbara. Isaiah studies Hawaiian history and colonialism from a unique perspective, from the vantage of Hawaiian surfers. Focusing primarily on a Hawaiian surfing club formed on the North Shore of O‘ahu in 1976, his dissertation analyzes the history of surfing, resistance, and masculinity in Hawai‘i. Contending that the ocean surfing realm was a sanctuary and borderland for Hawaiians, his research creatively analyzes a space where Hawaiians were empowered and colonial hierarchies were often turned upside down. He is currently revising his dissertation to be published in book form by the University of Hawaii press. He is currently a professor and department chair in the History Department at BYU-H where he teaches World, Hawaiian, and Pacific Islands history.